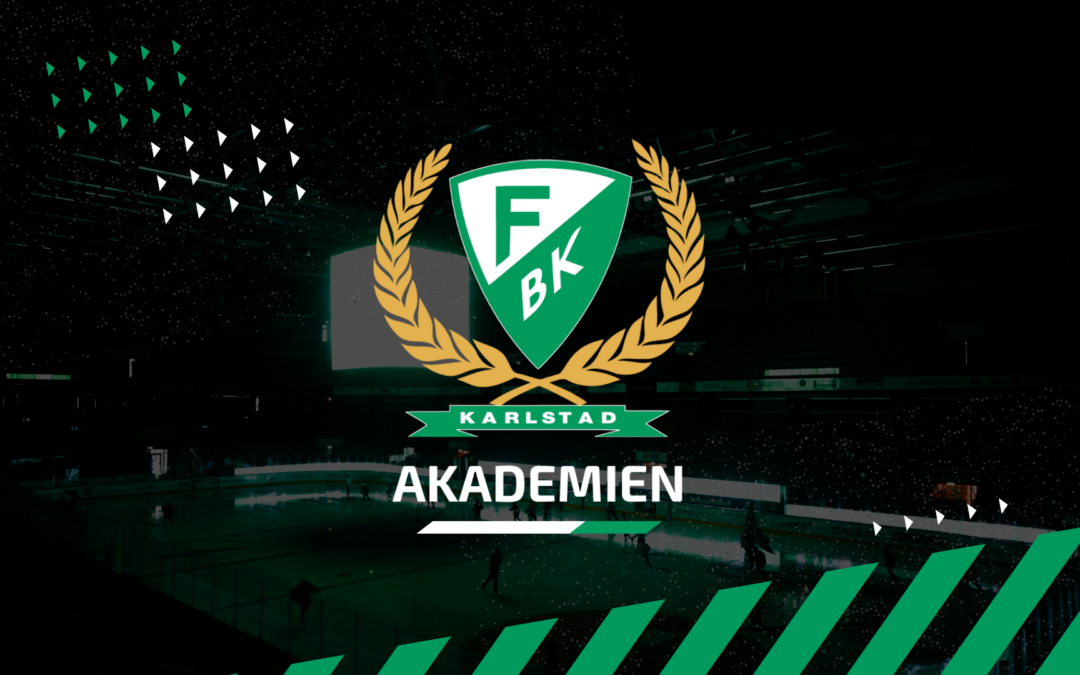 Marissa is twenty five yours old and comes from Canada! She ended up in Karlsad due to a partnership with her former school in Canada, Brock University and was selected to work a hockey camp in Karlstad summer 2019. This is where Marissa met Niclas (FBK Dams previous head coach).

-I played an exhibition game with the women’s team while I was here and kept in contact throughout the year which led me to coming back to play for FBK, says Graham player for Färjestad BK dam. 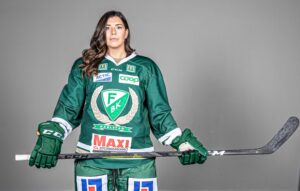 1. Your interests beside hockey?

“Right now I’ve been on anything by SAINT JHN

3. How has hockey shaped you as a person?

“Hockey has taught me how to persevere when faced with obsatecles. It has also taught me to value of hard work and how to collabrate well with others. 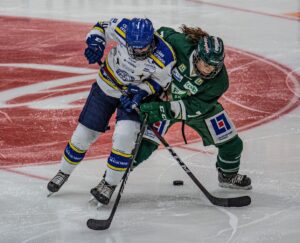 “When I was working for the edmonton oilers. I was able to work the finale game at Rexall place before their move to the new Rogers Place. During this final game production, I was able to meet the 300+ Alumni that came back like Wayne Gretzky, Mark Messier & many other legends. The whole evening was an amazing production and it still gives me goose bumps thinking about being a part of it

“Worst memory is when I was 18 years old, living in the US and headed home for Christmas break. There were many mix ups with the airline I was flying with which left me stranded in Chicago overnight with no cash or credit card, no working cell phone and only 20 minutes of free wifi to use to tell my parents what had happened. I ended up spending all night alone with all of my luggage laying down on a baggage carousel because I was locked out of the secure side. 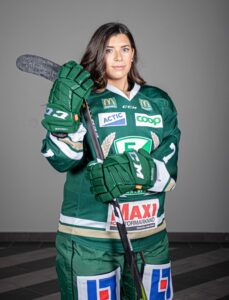 “I’ve always liked the style of play of Drew Doughty”

7. Where does your motivation come from playing at this level?

“I would say a good portion of my motivation comes from the inside, not my external environment. I have this deep urge to be the best I can be in every area of my life. I also have a high competitive mentality so even through long breaks like the one we’re in now, I still have the motivation to get after it.”

“It’s just me, my mom Dalaina and dad Clint!”

9. Fun fact about the city you come from? 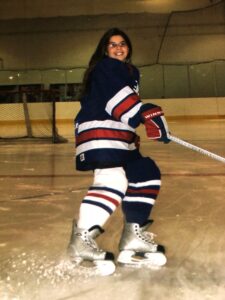